From the last days of Web 1 through the birth of Web 2.0,

It launched on January 1st 2000 as a weekly magazine and filmmakers' encyclopedia, running for 99 issues past the dotcom crash until February 2002. Some is archived here.

In January 2006, Netribution returned as a dynamic user-generated filmmaker group-blog, running until May, 2014, when the last user-submitted article was taken. Some highlights, below.

Thank you for supporting the Open Web with Web Monetization.

Ben Hopkins: Drugs and surealism in the Nine Lives of Tomas Katz

LEXI ALEXANDER - Up Green Street with the pack 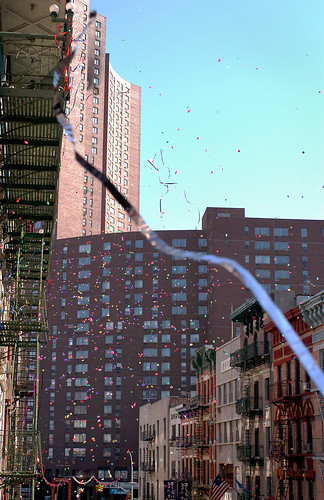 From Free Film Movement to Cluetrain: the importance of personal filmmaking

"As filmmakers we believe that no film can be too personal. The image speaks. Sound amplifies and comments. Size is irrelevant. Perfection is not an aim. An attitude means a style. A style means an attitude.” Lorenza Mazzetti, Lindsay Anderson, Karel Reiz, Tony Richardson - The Free Film Movement, February 1956 "

"For every entry in the encyclopedia, there is now a Web site. For any idea you can imagine — and some you can't — there are thousands of articles and images electronically swirling around the globe. But that's not the real story. That's not the big news. The word that's going around, the word that's finally getting out, is something much larger, far more fundamental. The word that's passing like a spark from keyboard to screen, from heart to mind, is the permission we're giving ourselves and each other: to be human and to speak as humans." Chris Locke, The Cluetrain Manifesto (Chapter 1), March 1999 ...
more

Sally Potter: “The beginning of a new way of looking at film”

"Anyone can be a filmmaker. What's really hard is to make a good, interesting film. A computer doesn't help you write a better novel; writing in a notebook longhand is just as good. "So technology can't do the job for you, but it can make the medium more accessible to more people... Within a short time, I could get 30,000 people coming to my site, from countries where Rage...
more

Ewan McGregor: "You can do whatever you want if you're passionate about it"

In a 30 minute non-PR interview, Ewan McGregor talks with Netribution's Nicol Wistreich about his early days, the beginning of interest in drama at school, and travelling around Africa with Aids campaigners. He talks about his first ever play, practicing the lines to the sherif of Nottingham to himself, and overcoming the negative perceptions of people around him to get where he is now. The interview comes in four parts...
more
26 March 2006

The latest entertainment craze to sweep the internet has got the film and television industries worried. Thousands of amateur video clips, rare footage of music concerts and home-made film spoofs...
05 June 2006

A rushed three hour write-up on the Pirate Bay en route to the Star and Sha...

"Pirates compete the same way we do - through quality, price and availability." Giving the Keynote address...
11 June 2007

There are few poster-stars of the web-led film evolution quite like Susan Buice and Arin Crumley....

Imagine having to use a different TV set to watch every TV channel - one for Channel 4, one for Sky, one for Viacom channels. Because every media company wants to control the user interface for online video, that's the current future we're looking at, with Amazon's Un...

In memoriam : interviews from the archive

After Nik Powell co-founded Virgin with school-friend Richard Branson, he ran Palace Pictures with Stephen Woolley, and later Scala Productions, where they both produced and found some era-defining films and filmmakers (Neil Jordon, Sam Raimi, the Coen Brothers, Lars von Trier, Shane Meadows), before leading the European Film Academy, and finally running the National Film & TV School. Powell had the rare combination of creative and entrepreneurial vision – along with a perhaps even rarer warmth, openness and geniali...
Read more

Roy Disney, nephew of Walt and general protector of Disney, has passed away. I was lucky enough to meet Roy in 2000 at the Belfast Cinemagic Confer...

Mary was casting director for Spielberg (Indiana Jones), George Lucas (Return of the Jedi), alongside Superman, Withnail and I and many more.

Ken Russell was long labelled Brit-film's Bad Boy, since 1971's The Devils. Admitting that no-one would make that film today, Russell retreated to a cottage in the South of England.

Archivist and filmmaker, Stanley built the UK's largest left-wing footage library, and made a series of films about Chile under Pinochet, including Companero, about Victor Jara

If you can't raise finance for your feature, and cinema chains don't want to touch your film, what can you do? Until recently that could have meant the end of the project, but ...

Burma VJ has been met with very positive reviews in the UK following its release last week, with a 94% Rotten Tomatoes rating, but what do the Burmese depicted in the film make of it? In his first contribution to Netribution, JJ Kim travelled to the heart of the pro-democracy movement in Thailand to watch the film with Khine Wai Zaw - who was involved the Saffron Uprising of 2007 - and hear his story. I...

Film looks at Saddam regime's 'modern holocaust' - second feature from Leeds based Oscar-shortlisted producers Human Film - 400,000 bodies in mass graves found since 2003 from over 30 years of rule - cast and crew are made up of many survivors of regime - includes lead actress Shazada Hussein; the only woman to witness against Saddam during his trial ...
29 January 2006

Franny Armstrong - Determination amidst a rising sea of stupidity

As the Age of Stupid opens with a record-breaking simultaneous world premiere to a potential million viewers across 550 screens in over 60 countries over the...

The Yes Men fix the world. We ask what keeps them going?

As the Yes Men - the thinking-person's Sacha Baron Cohen - see their latest film released in the UK, Netribution sneaks its way into a secretive underground political cell known only as 'Soho House' to find them out and learn more. ...

Torrents, piracy and beyond: will the film industry survive?

"So the guys who started this business all cheated somebody to get there, and now they're being cheated, perhaps, by all these crazy, geeky people all over the internet. I must say, my anguish level is not great."Richard Dreyfuss

As crunch and piracy hits indies, micro-presales, crowd-sourcing and other options

An article in the LA Times features news of a crowdsourced / micro-presales success story: Actress-writer-producer Sybil Temtchine has raised about half of the $600,000 budget for her film "Audrey" from female business leaders. About a year ago, she sat in a Borders and collected the name of every famous femal...

Links to one thousand film funds in 46 countries

In Europe last year there was €1.5bn in public funding for film & video projects - and its often the same people getting their hands on this cash. Information on media finance in 46 countries One of the most popular parts of Netribution in 2000 was ou...

Former drummer of Nine Inch Nails' Josh Freese's offerings for his micro-presales / crowdfunded album has some great possibilities for filmmakers going the same route. "For £10,000, name film's villain after your high school bully, shoot tequillas on the beach on a full moon with Johnny Depp, get a song conposed and sung in your honour at the wr...
15 March 2016

Crowdfunding’s lack of sophistication around risk: is staged-finance the answer?

“Staged financing must become the film business’s immediate goal.” – Ted Hope, Producer & Head of Production, Amazon Studios, September 2013 Crowdfunding’s lack of sophistication around risk Much, if not most, of investment strategy is about dealing with risk. A backer of a project – be that an equity or debt investor who is hoping to see some kind of profit, or a crowdfunding supporter who wants to get their perks and see the finished film – has to predict risk. Normally, the closer a project goes from idea to release – from pitch to screen – the lower that risk gets; it's reducing all the time. To refl...

From reporter and editer for national newspapers and international news agencies, journalism and media trainer to presenting the Freelance Pod podcast – Suchandrika also wrote almost 100 articles for Netribution. Get her weekly newsletter here.

After bringing dozens of film stories and scoops from Scotland and the North of England to the London film set in the first Netribution with the weekly column Northern Exposure, Shetland-based James (pen-name for a film producer) produced and re-produced over 650 stories for Netribution's re-birth from 2006. He wrote Shooting People's Wideshot magazine and a chapter of the Film Finance Handbook.

Laurence published 46 'Special Edition' DVD review columns on Netribution. He was the director of the Hull Short Film Festival, short programmer for the Leeds Film Festival and lives in Talinn, Estonia.

Parisian cartoonist Eric Dubois was resident with Netribution during its first few months relaunch in 2006, illustrating all 54 of the original Carnal Cinema series.

Burma VJ has been met with very positive reviews in the UK following its rele...

Jackboots on Whitehall has been called the "British Team America," countless ...

A rushed three hour write-up on the Pirate Bay en route to the Star and Sha...

The Yes Men fix the world. We ask what keeps them going?

As the Yes Men - the thinking-person's Sacha Baron Cohen - see their latest f...

Milk, Chocolat and Pi as the Co-Op moves into the film business

Finally some exciting news out of the Croisette - Britain's fifth largest ret...

Sally Potter: “The beginning of a new way of looking at film”

"Anyone can be a filmmaker. What's really hard is to make a good, interesting...

Franny Armstrong - Determination amidst a rising sea of stupidity

As the Age of Stupid opens with a record-breaking simultaneous world premiere...

Four new talent schemes have been launched by ITV as part of its three-year...

The Times BFI London Film Festival is proud to announce that this year's Fest...