Written by Nic Wistreich on 17 December 2009. Posted in Obituary

Roy Disney, nephew of Walt and general protector of Disney, has passed away. I was lucky enough to meet Roy in 2000 at the Belfast Cinemagic Conference, and it has stood as one of the more memorable encounters of my working life. I was quite nervous beforehand yet without need - he was warm and genuine in his convictions, unassuming with a quiet strength.

[Netribution, Dec 2000] Roy worked for the 'Mouse House' for over thirty years before Michael Eisner pushed him from the board [only to get his own back, pushing Eisner out in 2005 and bring Steve Jobs and Pixar back in]. Responsible for everything from Toy Story and The Lion King through to Wall*E, Roy is an unashamed lover of comedy and escapist family entertainment. In his only interview for online media, Roy talked with Netribution in 2000 about IMAX and the future of Fantasia, the problems with Dinosaur, the secrets of Disney's success, growing up in the shadow of Uncle Walt and his unfulfilled dreams of designing aircraft. He also talks for the first time about the then year's eagerly awaited follow-up to Toy Story/A Bug's Life - Monster's Inc. Roy's Irish routes are quite sincere - he owned a house near Cork where he spends a third of his year - and at the turn of the century the Disney clan found themselves in Ireland en route from France to the States

What brings you to Belfast?
Well we were asked by Shona McCarthy the best part of a year ago to become part of the festivals and over several months we found out more about it, then Shona came to Los Angeles - and she's tough - I couldn't help it really. I was really curious to come up here in any case, spend a little more time than the one day I was up here last summer.

I understand you have a home near Cork?
Yes, I've had that for about 10 years now and we try to spend 3 or 4 months there every year.

Do the Disney family have any Irish routes?
Yes, the name is actually French - it came from a little town in Normandy called Disigny, the name got corrupted and a lot of those people found themselves in Ireland on the way to the States. We have some pretty deep roots here, I married a girl named [Patricia] Daly who's older brother was the ambassador to Dublin back in '81/'82, during Reagan's years. That was the first time I came to Ireland - she was there and we fell in love, wound up buying a place and it’s a pretty solid thing here. 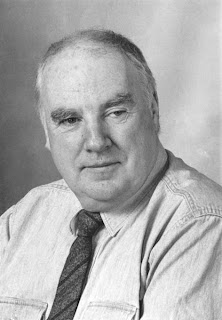 Written by Nic Wistreich on 26 December 2008. Posted in Obituary

Writer, actor, director, conscientious objector, uncompromising activist and - by all accounts - much loved and utterly decent person, Harold Pinter was not just a great contributor to our times, but a real inspiration. In the below video he talks about art, truth, politics and the Iraq war, as he accepted the Nobel Prize for Literatrue in 2005.

"the cushion may be suffocating your intelligence... but it's very comfortable"

Written by Nic Wistreich on 27 May 2008. Posted in Obituary

Sydney Pollack, director, actor and writer, has passed away from cancer aged 73, and surrounded by his family. Link to LA Times obituary , Wikipedia page, IMDB page.

Pollack was a friend and business partner to Anthony Minghella, who also sadly passed away earlier this year. Back in 2001, filmmaker and blogger Tim Clague caught the two legends in conversation at BAFTA, republished below.

I was privileged recently to be invited to an exciting event held at BAFTA in London. Following their decision to move the Film Awards to a position before the Oscars, BAFTA have launched, what they hope will be, another high profile event, The David Lean Lecture. This year’s inaugural event featured Sydney Pollack being interviewed by his friend, colleague and now business partner, Anthony Minghella. I am sure that neither of these filmmakers need an introduction to most readers, but as a quick recap...

Sydney Pollack is an American filmmaker who has worked on the fringes of Hollywood for all of his career, never part of the ‘system’ nor fully independent. As a director he started in Television (The Fugitive and Alfred Hitchcock presents) before moving across in films. Highlights include The Way We Were (1973), Three Days of the Condor (1975), Tootsie (1982), Out Of Africa (1985) and The Firm (1993). He is a trained actor, from the New York Actors Studio, and has played characters in Woody Allen’s Husbands and Wives (1992) and Kubrick's Eyes Wide Shut (1999) amongst others.

Brilliant actor Paul Scoffield, star of A Man for All Seasons, the Crucible and Quiz Show, has also passed away.

David Paul Scofield, CH, CBE (21 January 1922 – 19 March 2008) was an award-winning English actor of stage and screen. Noted for his distinctive voice and delivery, Scofield won both an Academy Award and a BAFTA Award for his role as Sir Thomas More in the 1966 filmA Man for All Seasons. He had previously originated the role in the stage version both in theWest End and on Broadway, winning a Tony Award.

Sir Arthur Charles Clarke, CBE (16 December 1917 – 19 March 2008) a British science fiction author, inventor, and futurist, most famous for his novel 2001: A Space Odyssey, and for collaborating with director Stanley Kubrick on the film of the same name, has also died at his home in Sri Lanka.

Clarke served in the Royal Air Force as a radar instructor and technician from 1941-1946, proposed satellite communication systems in 1945 which won him the Franklin InstituteStuart Ballantine Gold Medal in 1963 and a nomination in 1994 for a Nobel Prize, and became the chairman of the British Interplanetary Society from 1947-1950 and again in 1953. Later, he helped fight for the preservation of lowland gorillas and won the UNESCO-Kalinga Prize in 1962.

Clark was knighted in 1998. He emigrated to Sri Lanka in 1956, where he lived until his death.

I'll never forget watching Truly Madly Deeply as a kid, a film I hold responsible for a crush on cellists (Altman's Shortcuts also playing a part). Anthony Minghella did much more besides making deeply heartfelt and tender films - from chairing the BFI to Grange Hill, Inspector Morse and promoting the family ice cream business on the Isle of Wight.

All thoughts to Hannah, Max, Carolyn and the rest of his family right now.

Written by Robert Lowes on 23 November 2007. Posted in Obituary

Legendary producer Verity Lambert died yesterday - one day before the 44th anniversary of the airing of her first production on the 23rd November 1963 - the BBC's iconic Doctor Who. Lambert cast William Hartnell in the title role and established the show's format which has endured to this very day - a centuries old alien wandering time and space with his companions in his Police Box-shaped TARDIS, having adventures in the past, present and future.

Written by Various on 30 July 2007. Posted in Obituary

Legendary film-maker Ingmar Bergman has died at the age of 89.

"Probably the greatest film artist, all things considered, since the invention of the motion picture camera" Woody Allen

"This is a day of sorrow in the world of film. One of the world’s most prominent filmmakers is gone.

Film in Sweden without Ingmar Bergman is almost unthinkable. For more than half a century he has led us into his own cinematic landscape – and forced us to confront ourselves. He has relentlessly asked the most important questions about being human and pointed out our vulnerability, our smallness, but also our greatness. The films are some kind of comfort. Ingmar Bergman has left us, but his films will live on – long, long after he himself is gone.

"No one working with film in Sweden doesn’t have a relationship to Ingmar Bergman. But he has also influenced filmmakers all over the world. The huge international fascination with his films has paved the way for fellow Swedish filmmakers. To this day, every day, his films are shown somewhere in the world.