Written on 25 February 2007. Posted in Festivals


British films picked up the double whammy of acting awards at the Oscars, with statues for Best Actor to Forrest Whitaker for the UK's Last King of Scotland, and Best Actress to Helen Mirren for The Queen. Martin Scorsese finally picked up a long awaited Best Director nod for The Departed, which went home with four awards. Al Gore's environemntal wake up call An Inconvenient Truth picked up two awards, while a musical set in the middle east West Bank Stories, won best live action short.

Written by Nic Wistreich on 17 February 2007. Posted in Festivals 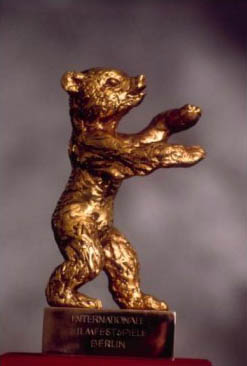 Tuya's Marriage, a Chinese film about a woman and her life supporting her family in Inner Mongolia, has won the Berlin Film Festival's top honour, the Golden Bear.

This follows the Golden Lion win for Still Life - also from China - at Venice in September 2006. Accepting the award, director Wang Quan'an said he could not imagine a better gift for Chinese New Year.

Glasgow based Sigma Films' Hallam Foe picked up Best Music for a soundtrack featuring Franz Ferdianand. The awards were announced on Saturday evening as the 11-day festival headed towards its conclusion.

Written by Nic Wistreich on 11 February 2007. Posted in Festivals

A night of royalty as The Queen picked up best film and best actress for Helen Mirren (what a suprise) and The Last King of Scotland scored best actor for Forrest Whitaker and the Alexander Korda Best British Film Award. Paul Greengrass picked up best director, meanwhile, for United 91, with Andrea Arnold getting best newcommer for Red Road. All of which leaves Babel single-awarded(for film music) and the Oscars wide open.

Written by Suchandrika Chakrabarti on 23 January 2007. Posted in Festivals

James Longley’s feature Iraq in Fragments - currently screening at the ICA - has been nominated in the Best Documentary category at this year’s Academy Awards.

The film is one of five titles nominated for the Best Documentary award. Other nominated films in the category include: Deliver Us From Evil; An Inconvenient Truth; Jesus Camp; and, My Country, My Country.

Written by James MacGregor on 19 January 2007. Posted in Festivals

Salford Film Festival, created in 2003 to showcase local film talent, is being scrapped because, organisers claim, the event's been overlooked by Salford City Council. They say it shows that the city doesn't care about low level community projects.  Salford is due to receive a massive economic boost from the BBC's planned move of many of its operations to a site at Salford Quays. Distinguished actor, Salfordian, Sir Ben Kingsley has published a letter in the local press, praising the festival and urging civic leaders to support it.

Written by Kari Ann Shiff on 17 January 2007. Posted in Festivals

Africa in Motion (AiM), the Edinburgh African film festival, is delighted to announce its call for entries for AiM 2007.

We accept entries from all filmmakers of African nationality working in Africa or abroad. We are particularly interested in giving exposure to young, emerging African filmmakers living and working in Africa. Films could be fiction, animation, experimental or documentary and shot in any format.

Written by Nic Wistreich on 16 January 2007. Posted in Festivals 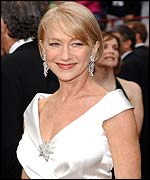 Dame Helen Mirren picked up Golden Globes Monday night for playing Elizabeth I on TV and Elizabeth II in cinemas for Stephen Frear's The Queen.

The actress, who missed out at the British Independent Film Awards in Novemeber last year, joined Forrest Whitaker for The Last King of Scotland, Meryl Streep for Devil Wears Prada and Sacha Barren Cohen for Borat in the acting awards. Best film went to Babel and best comedy or musical to Dreamgirls. Martin Scorcese picked up best director for The Departed.

Written by Nic Wistreich on 12 January 2007. Posted in Festivals

BBC Films' The Queen has topped the BAFTA Film nominations for 2007 with 10 nods. Small arthouse film La Casino Royale has picked up nine (ahem), while Guillermo del Toro's Pan's Labyrinth has taken eight. Other films in the running include Babel, which closed the London Film Festival, with seven nominations, with Scorcese's The Departed, Little Miss Sunshine and Paul Greegrass' United 93 all getting six. The Devil Wears Prada and The Last King of Scotland were also recognised, while Borat suprised commentators by not getting a single award.

Written by Nic Wistreich on 12 January 2007. Posted in Festivals

Ken Loach, winner in 2006 of the Cannes Palme D'Or, is offering a free workshop about his films and working methods at the Nehru Centre on January 24th. The event is put together by the Satyajit Ray Foundation, which exists to keep the legendary Bengali director's 'vision, artistry and humanity' alive for a new a generation of filmmakers and audiences, through workshops, events, a short film competition and the Satyajit Ray award at the London Film Festival (which this year went to Lives of Others).

The first half of the workshop will consist of an interview with film clips by film historian and archivist Clyde Jeavons. The second half will  include open questions and discussions from the audience. The event is open to all, is free, and starts at 7 for 7.30. Further info from the Nehru Centre website.