Written by Lauren Archer on 24 March 2010. Posted in Animation

"It’s a wolf eat duck world. But it’s a world where little boys can find extraordinary courage and catch the wolf!"

Content Republic are pleased to announce that BREAKTHRU
FILMS’ OSCAR® WINNER PETER & THE WOLF is now available to watch online.

Peter & the Wolf, produced by BreakThru Films, is the animated film version of Prokofiev’s classic work directed by an extraordinary new animation talent, Suzie Templeton and set to a special new recording by the Philharmonia Orchestra.
Prokofiev’s story has resonated deeply with over five generations of children worldwide, enchanted by its power and sense of fun. This new film re-works Prokofiev’s popular tale, giving it some 21st century twists and an environmental theme, whilst staying true to the original story.

Peter, a young orphan, lives in a fortified cottage on the edge of a deep Russian forest, guarded by his over-protective Grandfather. Isolated from those who live in the town and ignored by the local children, Peter’s only friends are his pet Duck and a mischievous Bird, who entice him to seek adventure outside the walls of the cottage.  Despite his Grandfather forbidding Peter from going beyond the boundary walls, Peter’s curiosity gets the better of him.  Stealing the keys, he bursts out into the wild forest to explore.

The film is now available for download from iTunes at £1.49 from iTunes. A preview clip of the film is below:

Top animators around globe collaborate on Coalition of the Willing

Written by Nic Wistreich on 19 February 2010. Posted in Animation

Coalition of the Willing is a collaborative animated film and web-based event set in our 'post-Copenhagen' world exploring the role of the Internet. Directed and produced by Knife Party, it brings together a network of 24 artists using a range of different filmmaking styles and techniques including the likes of Decoy, World Leaders, Foreign Office and Parasol Island.

In the gloom post-Copenhagen chill, this 'optimistic and principled film' explores how we could use new Internet technologies to leverage the powers of activists, experts, and ordinary citizens in collaborative ventures to combat global environmental disaster. Through analyses of swarm activity and social revolution, Coalition of the Willing makes a case for new online activism and explains how to hand the fight against global warming to the people. And as a global collaboration presenting a coherent narrative, it also practices exactly what it preaches. Indeed the animations and films can be viewed as they are created via various other sites (featured above and below) - and discussed in their forum.

Like a moving jigsaw falling into place over many weeks, the film has a staggered online release. From 3rd February 2010 the script for the film has been fully available on the site. The completed animated sections will be uploaded in 6 different ‘waves’ 2 weeks apart, over a 12-week period, as they are finished by the contributing artists.  Each wave of uploads will introduce 3-5 new sections of the film. The film’s staggered release and the online forum will allow the site to be a crucible for debate on the issues it raises, and allows the audience to collaborate in re- defining the argument even as the film is being made. The film will be complete by mid-April 2010.

Written by Laurence Boyce on 13 June 2009. Posted in Animation 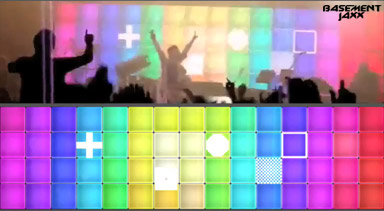 ‘Where’s Your Head At?’ is one of those songs that people remember for the video just as much as they do for the tune. It was innovative, fresh and, quite frankly,  frigging terrifying as rock band monkeys with human faces (ah, in all my years as a journalist, how long have I wanted to be able to type that phrase) go mental to the driving beats. As good as the video is, the genius computer animation and idea started to – slightly – overshadow the song. So, when animator Max Hattler was asked to provide concert visuals for the song, there was one simple request: “There was no brief, no pitch, they just wanted me to do whatever I want – as long as it didn’t involve monkeys!”

Written by Guy Ben Shetrit on 18 January 2009. Posted in Animation

Guy Ben Shetrit writes in with details of the music video he directed, animated and composed. The visuals look like nothing else. Some really nice lighting and cell shading.

"Sci-Fi Fantasy journey of a little girl with a special pet friend, a huge toad. Once the girl loses her pet, which drifts in the sky in a form of a balloon, she is going through different adventurous scenarios by chasing it. This is a full 3D animation music video for the song 'Hey' by Eatliz band."

Written by Nic Wistreich on 03 April 2007. Posted in Animation

The future of the UK's largest animation studio looks safe after signing a three year deal with Sony. The Dreamworks deal had put the previously autonomous wunderkids under the thumb of Jeffrey Katzenberg, whose West Coast style seemed to jar with the West Country outfit. Rumours abounded about this clash of cultures, so when it fell through earlier this year, it seemed like it could be a good thing provided they weren't left without a major backer. Sony, who made Billy Connolly a squirrel  in their first animated feature last year, will hopefully be more sensitive to the Aardman sensibility.

Written by PR Sarah Cameron on 03 March 2007. Posted in Animation

E4 and Creative Review present E STINGS 4, the annual opportunity to use your imagination.

"The E4 competition has become something of an institution" says E4 head of on-air, Neil Gorriinge. "It's fanstastic to see what people can get up to with our Logo" The big difference this year is that E4 want you to create stings not just for E4 but also for E4 music .

"Since it launched in the 6am -2pm slot in August 2005, E4 Music has been a great success for the channel. People are watching E4 round the clock", says Channel 4 and E4 marketing executive Peter Spiers. "and since E4 Music shares the same brand values as E4 we think it deserves it's own E4 STINGS.

Written by PR - Nicola Steller on 14 February 2007. Posted in Animation

For the fmx team, January and February are the hottest months of the year: we now have the first confirmations from speakers and companies with exciting ideas to present at fmx/07 – the 12th International Conference on Animation, Effects, Realtime and Content. The international digital community will gather at the Haus der Wirtschaft in Stuttgart from May 01 to 04, 2007 to discuss and experience future technologies and current innovations in the conception, production and distribution of digital imagery – whether seen in cinemas or on television, or games and mobile entertainment.
Read more: fmx/07 is taking form... Add new comment

Written by Nic Wistreich on 10 September 2006. Posted in Animation

Got an email through this week with one of those hard to believe offers. Register on SMS.ac, upload a Flash movie or Shockwave file of any description by September 15th and get sent a cheque for $100 - to anywhere in the world. The most popular upload by October 15th will also win a $5000 grand prize.

I emailed Peter Moormeier, who sent the email through in the first place to check it out, and it's bona fide. SMS.ac claim to have 50 million users so they can afford to do this. It's part of a strategy to build a network of content developers for mobile phones which could include things like a short film channel.

Oscar-Winning Aussie Animator Gets Finance For a First Feature

Written by James MacGregor on 30 June 2006. Posted in Animation

A 20-year correspondence with a pen pal inspires a feature

When Adam Elliot was making the Oscar-winning short film Harvie Krumpet, he worked in a storage unit. Conditions were so tough that during hot weather he stripped to his underpants to keep filming his claymation figures. Now the Australian animator can work on a grander scale after getting approval from Australia's Film Finance Corporation for his first feature - the "comedy-tragedy" Mary & Max.

Missing Doctor Who Episodes Animated Back To Life

Written by James MacGregor on 22 June 2006. Posted in Animation

Dusting off their old episodes of the original Doctor Who series for DVD release, the BBC discovered that more than 100 episodes had somehow vanished from the archives. Cosgrove Hall, the Manchester-based animation house was then called in to recreate two lost instalments using animation.