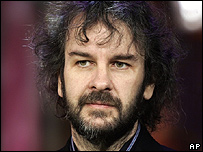 
As reported by the BBC, Jackson commented  "More and more I'm looking forward to the release of games and not movies. I am more aware and excited about games.

"I do not have to keep delivering stories as movies - there are other things I can do.

"Technology is at a point where we can blend a lot of film storytelling with interactive entertainment," adding that the series would not be for hard-core gamers.

Mr Jackson will set up an interactive arm of his firm, Wingnut, and will work with Halo creators Bungie Studios to develop the series. "Gaming could be a form of entertainment that you could enjoy with the emotion of film, but you could also be interactive."