Written by Nic Wistreich on 09 November 2008. Posted in Contests

A contest by Alfonso 'Children of Men' Cuarón to accompany his son Jonás' debut feature Año Uña (pictured) has had its entry date extended to November 19.  The competition is inspired by Año Uña’s unique format made entirely from photographic stills, and calls for shorts no longer than 3 minutes made up of personal photos or stills from the film.

Full details can be found via www.anounacompetition.co.uk. The winner will have their short film shown and introduced by Alfonso Cuarón at a special screening of Año Uña at the Curzon Renoir on 29 November 2008. YouTube users will be able to choose their own People’s Choice Award, which will also be shown at the special screening. Runners up will win Curzon cinema and LoveFilm subscription prizes.

It will be judged by: Jonás Cuarón, writer & director; Eireann Harper, producer;  Alfonso Cuarón, executive producer and director of Children of Men, Y Tu Mamá También and Harry Potter and the Prisoner of Azkaban; Chris Coen, UK distributor and producer of Funny Games US; Darius Khondji, cinematographer of Se7en, Evita, The Beach and Funny Games US; and Tom Munro, fashion photographer  of Madonna’s Hard Candy. Further details from

Written by Lauren Cox on 18 September 2008. Posted in Contests

Details of a new sponsored film contest submitted by Filmaka:

Know your technology? Know someone who has their home hooked up in a unique way?

Well, Filmaka has teamed up with Cisco for a competition with more prize money and wider distribution (over 200 websites) than ever before. We want to find out how you/your mate/colleague has integrated technology into their life.

We’re asking for two clips of 3 minutes each - the first should be about the person, the second about their hardware and software. 20 people will win cash prizes - 10 Brand Winners x U$7,500 and 10 Voter’s Choice x U$5000.

Written by Nicky Butcher on 03 June 2008. Posted in Contests

Judged by a panel of industry experts, awards will be for Best Film, Audience Award, Local Film-maker and Youth Award. Entries must be no longer then five minutes in length. Submissions will be accepted in the following formats: DVD, Mini DV or as full quality DV QuickTime files. Submission to be accompanied by Five Minutes of Mystery Entry Form, and sent to: Compass Film, 9, Walton Street, Easton, Bristol, BS5 0JG no later than 15th August 2008.

Guidelines & entry form available at www.compass-film.co.uk or for info email This email address is being protected from spambots. You need JavaScript enabled to view it..

Written by Anna Searle on 20 May 2008. Posted in Contests

Now in its tenth year, ultra-short film competition DepicT! continues to celebrate the imagination, style, emotion, drama, mystery, humour and passion that can be packed into one captivating mini-movie. Can you do it in 90 seconds?

DepicT! offers emerging filmmakers the opportunity to win a range of unique prizes and to gain priceless exposure through Encounters Short Film Festival, the Digital Screen Network, depict.org and beyond.  Judges, who in the past have included directors Peter Jackson, Terry Gilliam and Royston Tan, film critic Nigel Floyd and Aardman Animations’ David Sproxton, are looking to discover distinctive voices which evidence originality, creativity and the ability to engage the viewer.

Written by Enakeno Ogbo (edited) on 16 May 2008. Posted in Contests 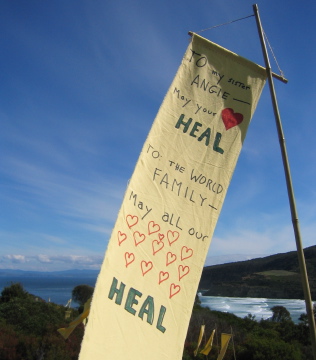 As part of the Week of Peace 2008, Spiraluniverse are seeking entries on the topic of peace as a response to recent news and media highlights of violence and the fear of crime, particualry amongst young people .

It aims to be a positive response to the far too many unfortunate stories in the media about young people and crime, particulalry violent crime leading to fatalities. Regardless of the news, we believe that there are many many positive young people and community members who are able and want to express their concern and interest for the community safety and peace.

The ‘Cries for Peace’ film and photography competition is a way to capture and profile these voices and views. With this in mind, people are invited to send in short film (less than 90 secs) and still photographs submissions on the subject of peace.

The winner will receive a prestigious a London Peace Award and monetary prize and there are a number of opportunities and prizes for the runner ups.

The deadline for submissions is 8 August 2008, application forms and further information can be downloaded from www.criesforpeace.com. Download PDF.

The Week of Peace is a week long community event which promotes peace and community safety. The Cries for Peace competition is being launched this year to promote and profile a message of celebration, collaboration and reconcilation.  Organised by Spiraluniverse as Part of the London Week of Peace 2008 and supported by the Home Office, the Metropolitan Police, Greater London Authority, Bluhalo Design Agency, Open Soho, Metropolitan Black Police Association, Choice FM, London Civic Forum, Revolution PR and others.

Written by Sam Goldblatt on 23 April 2008. Posted in Contests

From Sam Goldblatt of the 48 Hour Film Project:

The 48 Hour Film Project (48HFP) will tour to Edinburgh for the first time ever in 2008.  Over the May 16-18 weekend, Filmmakers from all across Scotland will compete to write, shoot and edit a short film in just 48 hours.  All films will be screened at The Cameo on May 20 and 21. The 48HFP is the world's oldest and largest timed-film competition and takes place annually in over 60 cities around the world with more than 30,000 filmmakers competing to win the title of "Best 48 Hour Film of 2008.

The winning Edinburgh team will be invited to attend the Filmapalooza Awards Weekend (held previously at South by Southwest and Cinequest).  The winning 48 Hour Film of 2007 is being screened at the Cannes Film Festival, and the same is expected for 2008. Filmmaking teams of all levels will meet on the evening of Friday, May 16 at The Cameo where they will receive a genre, a character, a prop, and a line of dialogue that they must work into their short film.  Teams have until 7:30pm on Sunday, May 18 to write, shoot and edit their films.

All films will be judged by Paul Dale, Film Editor for The List, and Ian Hoey, General Manager of The Cameo, and awards will be given in several categories.  "We're excited to be playing host to this challenge," says Hoey.  "I'm sure it will not only be a keenly contested competition but great viewing entertainment as well."

Learn more about The Inaugural Edinburgh 48 Hour Film Project at The Brass Monkey (14 Drummond Street, Edinburgh) on Wednesday, April 23 at 6:30pm with a free screening of The Best 48 Hour Films of all time. To see selected 48 Hour Films, go to www.48.tv.

Registration for the competition is £45 and now open to anyone and everyone at www.48hourfilm.com/edinburgh.

Written by Holly Barnes-Thomas on 16 April 2008. Posted in Contests

Excellent-looking competition, submitted by Holly Barnes Thomas of the Society of St James:

The Society of St James, Southampton's local homelessness charity today launches its own film competition, The Home~less Movie Competition, open to the general public and to its service users and residents too.

The film competition asks only that the film be about homelessness and run no longer than three minutes. Holly Barnes-Thomas, the competition's creator explains: I really wanted to create an opportunity for people, especially the Society of St James' residents, to express themselves about homelessness. It's a great chance to raise awareness of the hardship of homelessness and help people to understand what its really like.

"It's a great chance to raise awareness of the hardship of homelessness and help people to understand what its really like." Holly Barnes-Thomas The competition is unusual in that it is open to national filmmakers as well the charity's service users and will offer a ‘buddy' system to link up people who have experienced homelessness with filmmakers.

The competition will be judged by a panel of professionals in the fields of homelessness and film, with a glitzy awards ceremony in December.

For more information on the competition, rules or entry please contact Holly Barnes-Thomas on 023 8063 4596 or This email address is being protected from spambots. You need JavaScript enabled to view it. .

Written by Nic Wistreich on 04 April 2008. Posted in Contests

From the brilliant Global Voices website , comes news of three contests for vloggers around the world. Two are on Spannish sites but are open to anyone anywhere. One is for mobile movies, one to promote causes you care for and the last to report news through online video. More details and sample films from previous winners at Global Voices :

From Spain, ElPais.com brings us the Movil Film Fest, an online mobile 1 minute video contest. Although it is geared primarily to locally made movies, which they call “national”, there are no restrictions regarding nationality of the producers, although only the local films will compete for the main awards, videos from outside Spain will have their own category. All the videos have to be less than 1 minute long and have been shot with cell phones or PDAs, what they call mobile communication terminals. There is time until April 21st 2008 to submit a video...

The second contest is a worldwide contest based on myspace.com social networking site. They are requesting for youth between 14 and 24 years of age from all around the world to “Film your issue” in more than 30 seconds but less than 2 minutes. Prizes include internships at different organizations such as USA Today, The United Nations and the Humane Society, however there are citizenship restrictions and mostly the winners will have to pay for their tickets, lodging and meals during their internships, and the $5000 USD College scholarship is only valid for US citizens, making the prizes themselves less attractive for international participants. However, the winning videos would be broadcast on different networks, TV stations and websites, making street cred and bragging rights the likelier reward for the foreign participants. Already some videos have been uploaded for this contest, and participants have time until April 14th to participate in any of the several issue categories.

Another chance to win money and make a name for yourself is the citizen journalism video contest is being organized by VideoNews24.net[es] . Although it is used mostly by Spanish vloggers (video bloggers), it is open to any person who wishes to participate. The contest opened on March 1st and will run to July 31st. The top three videos will be chosen from those with more hits and highest ratings given by other users and then the winner chosen from them. The complete guidelines to participate can be found by following this link [es].

Written by Alex Cook on 30 November 2007. Posted in Contests

'60 Seconds of Fame' is back. This exciting and innovative short film challenge was launched by BAFTA and Orange in 2006, and attracted more than 250 entries. This year, aspiring filmmakers are invited to submit a 60 second short film, based on the theme ‘unite'. The winning film will be featured on the BBC1 broadcast of the Film Awards, watched by millions around the world.